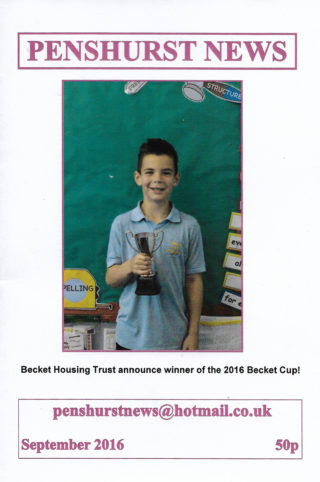 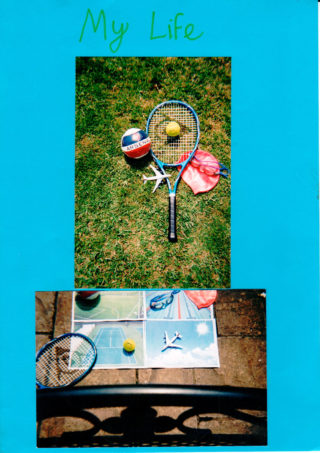 My Life by Oliver Woodhead 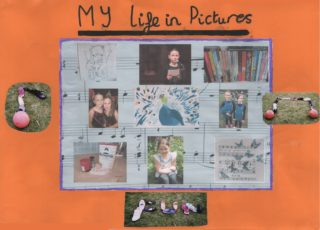 My Life in Pictures by Jessica O Shea 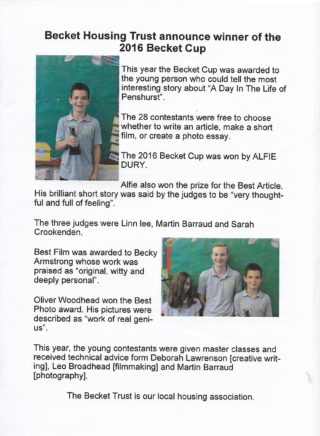 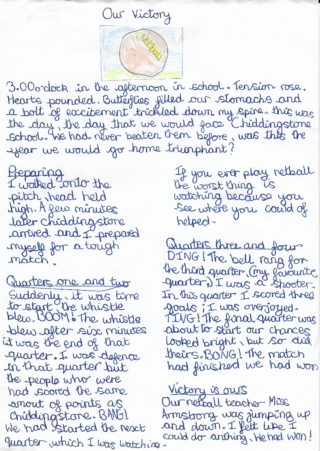 Our Victory by Jessica O Shea 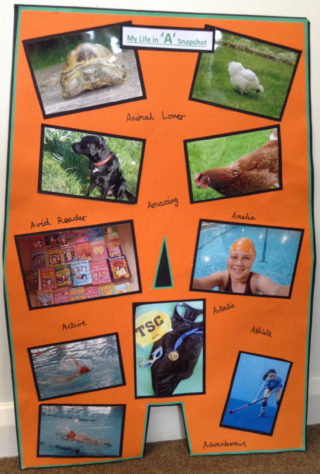 My Life in a snapshot by Amelia Hall 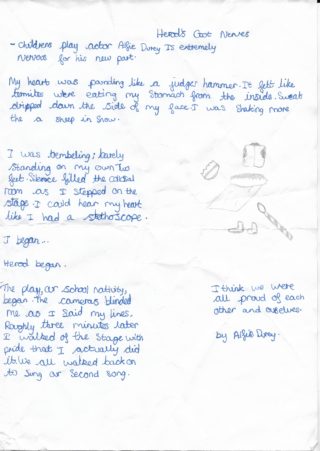 Herod’s got Nerves by Alfie Durey

The 2016 Becket Cup was awarded to the young person who could tell the most interesting story about ‘A Day in the Life of Penshurst’.

The 28 contestants were free to choose whether to write an article, make a short film, or create a photo essay.

The 2016 Becket Cup was won by Alfie Durey. He also won the prize for Best Article. His brilliant short story was said by the judges to be ‘very thoughtful and full of feeling’.

Best Film was awarded to Becky Armstrong whose work was praised as ‘original. witty and deeply personal’.

Oliver Woodhead won the Best Photo award. His pictures were described as ‘work of real genius’

The young contestants were given master classes and received technical advice from  Deborah Lawrenson (creative writing), Leo Broadhead (film making) and Martin Barraud (photography). We are lucky to have all three experts living in the village.

The Becket Trust is our local housing association.