You are here: Home>History>Penshurst's Turnpike Roads 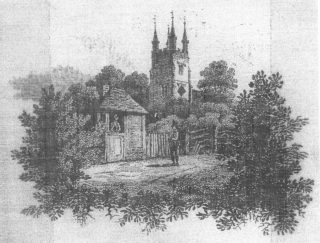 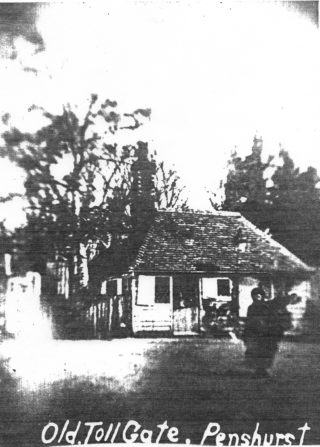 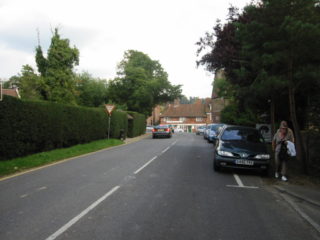 ‘The Turnpike Roads of Kent’ by James Carley (Kent County Library) provides a useful survey of the subject with history that relates to Penshurst and the surrounding area.

The need for turnpike roads arose from the deplorable condition of many roads. By a Statute of 1555, parishes were made responsible for repairing their own roads. This was achieved by an obligation on the parishioners to spend four days a year working on the roads under the supervision of surveyors appointed by the churchwardens.
In 1563 a further Act increased this to six days. Even in parishes with only their local road network, this system was quite ineffective as the surveyors were often not qualified for road work and only survived for one year. No doubt most of the parishes resented the obligation to work on the roads.
Various attempts were made to replace the system of labour by cash payments and this was finally made a permanent feature in 1691. But this still left the responsibility with the parish, rather than with the road users and, with the growth of commerce, this needed to be remedied.
In early cases the local justices were the responsible body and they fixed the tolls. Various acts were passed between 1695 and 1706 under that concept, but in that year a change was made and a body of trustees specified. The number of trustees was often very considerable. By 1714 the trustee system had completely superseded the earlier one. The acts also specified just what tolls could be charged, and have general powers. Turnpike Acts were generally solicited by local residents concerned with improving a specific road, sometimes also with its feeder roads. They included farmers, millers, merchants, landowners, manufacturers, mine and quarry owners, town councils and many others. Almost all of the trusts had occasion to seek further Acts to enable them to alter tolls, to alter their routes, to extend their legal life and to reorganise their capital structure.

The schedule in James Carley’s book refers to the 1765 Act for the ‘Penshurst, Watts Cross and Cowden Trust’ (Watts Cross is located on the B245 Sevenoaks to Tonbridge road to the north of Hildenborough Station). The road did not stop at Watts Cross but continued to Shipbourne and Hadlow, a total of 17 miles with five gates or bars (spaced at 1.9 miles per gate).
Bibliotheca Cantiana (‘a biographical account of what has been published on the history, topography, antiquities, customs, and family history, of the county of Kent’, J R Smith 1836) also cites Acts of 1768/9 and 1786 as being relevant to Penshurst. But the De L’Isle manuscripts in the Kent County Archives only refers to meetings of the Tonbridge Turnpike Trust, under Clerk Daniel Groombridge in 1745, 1746 and 1747 and a proposal of a turnpike to make the country passable about Penshurst.

The toll house, or gate, in Penshurst was at the approximate site of the current bus shelter opposite the Fir Tree Tea Rooms. Two illustrations of the toll house survive. An engraving by Amsinck and a photograph, possibly from a post card, shows the small building somewhat enlarged. Tickets were issued at the toll house but none are known to survive from Penshurst. The Penshurst church Inventory book, on page 94, records the demolition of the ‘pay gate’ on 29 – 30 September 1865, only a hundred years after the original enabling Act.

In Penshurst, it was possible to outflank the toll collection by diverting through the Latymers estate!

Location of other local Turnpikes

Other roads in the parish were also turnpiked. Principal routes to and from the village required payment, on the Grove route from Penshurst to Cowden; from Chiddingstone meeting the Leigh road by Redleaf (B2176), on Rogues Hill leading to Bidborough (B2176) and the road to Groombridge via Fordcombe (B2188).